Each of the stations on the railway has a different flavour. 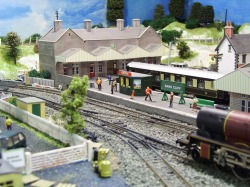 Bank Cliff station has five platforms, three terminal and two through. With departures to Green Bridge on the main line and to Angelstone Halt via Peaks Summit on the branch. 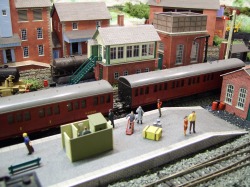 The station is on the outskirts of the town of Bank Cliff and also is the site of the old brewery. The station main buildings are stone built but there is a GWR wooden shelter on Platforms 4 and 5. 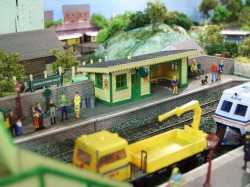 The village of Angelstone is served by this small halt. Most of the trains are either the DMU shuttle or the GWR four wheelers. 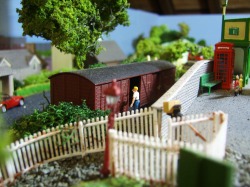 Platform 2 was added so that a DMU shuttle could run between Angelstone Halt and Peaks Summit. 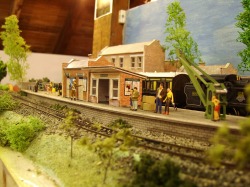 Peaks Summit is the highest point of the line. This small station has one terminal platform and a through platform. The terminal Platform, 1, is used normaly used for the DMU shuttle to Angelstone Halt. 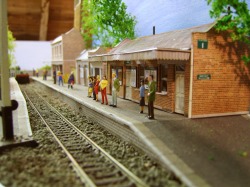 Peaks Summit has grown in popularity, with many visitors enjoying this small station. The station was re-built in the summer of 2009, with a new museum behind. Click on the link below to see how the station used to be. 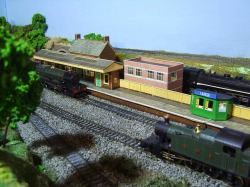 Green Bridge is the home of the Engine Sheds. It is situated on the outskirts of the town and is accessed through a small tunnel. There are three operating platforms here and one for staff only. 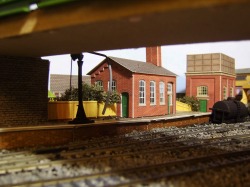 Platform 1b is next to the Engine Sheds and is for staff only. It is used to service the staff working on the locos. When the extension is built the Diesel fleet will move from Green Bridge to a purpose built new home. 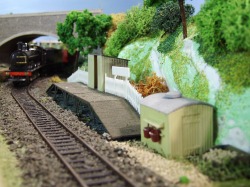 Canal Halt is the smallest station on the line and not open to the public.